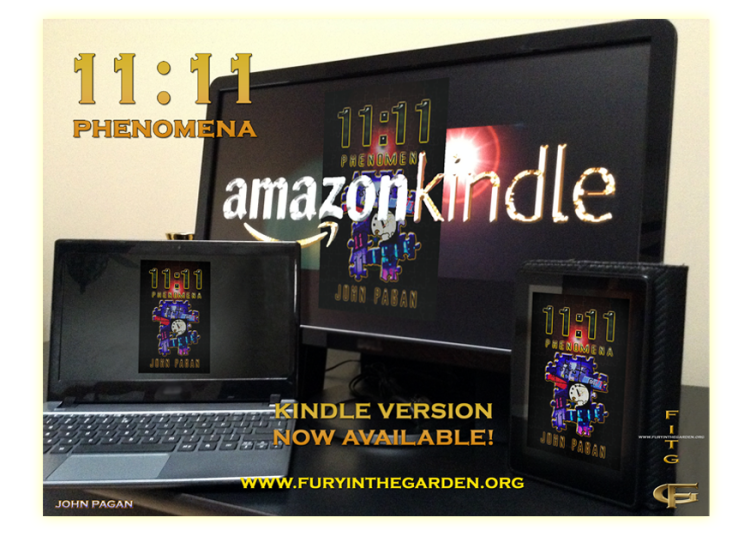 Click Anywhere On The Ad Above To Order Your eBook version!

Appearing to defy mere chance or coincidence, the number 1111 is seen by millions. A negative foreboding? A positive time prompt? A meaningless event? There are many theories. 11:11 Phenomena taps into some of the intriguing possibilities with four compelling short stories to place You into the mysterious 1111 cosmic puzzle. Will the final truth of the 1111 enigma ever be revealed?

Or order through Amazon by clicking the logo below:

(May Not Be Visible On All Devices or Browsers.)

A Wiseguy Notices The 11:11 Phenomena by John Pagan 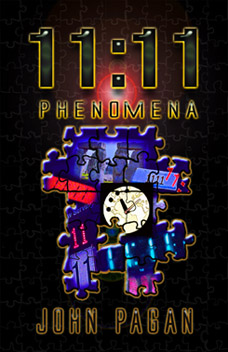 THE PHENOMENON BEHIND THE NOVEL

"Those of you unfamiliar with 11:11 may be surprised to know the phenomenon is considered very real by many. The experience involves seeing the number so often it seems to defy random chance or coincidence. Digital clocks, receipts, and license plates, are just a few of the areas where the number is unexpectedly seen repeatedly over a relatively short amount of time. Sighted with this bizarre frequency by millions the world over, it has yet remained relatively unknown. However, that appears to be rapidly changing...

With several movies using 11:11 as the motif in the storyline or featured in the advertising, the phenomenon now appears to be going mainstream. A high profile example is talk show host Ellen DeGeneres's decision to name her record label 'eleveneleven' because - "I don't mind telling people it's my pin number," she jokes. But then she says, "It's a number...every time I look at the clock, it's 11:11. Whenever I'm anywhere, I see 11:11 all the time."

"Many new websites, 11:11 forums, and new books have sprung up since the start of this writing, yet there does not seem to be a single conclusive answer to the simple question - what does the frequent sighting of the number 1111 mean?..."

Yes, there are many explanations which may or may not explain away this phenomenon. Yet one thing remains, it continues to occur.